Textile giant Bekaert Australia has found the secret to keeping its 16 acre Dandenong site operational and repair costs to a minimum. It is to keep key suppliers such as Data Factory in the loop, treating owner Darius Kowalewski almost as a staff member.
The Dandenong site’s Production Manager, Cedric Deleu, makes no bones about the advantages and has many examples of the significant financial savings as well as the times Data Factory staff have literally saved the factory from shutting down.
“For a couple of years now we have had a policy that as soon as something goes wrong with a board or servo drive we call Darius, even if it is only to keep him up to date with what we have done. In this way he has a history of our machines and if he knows what has happened in the past he will be able to make better decisions when he is called in to fi x them,”Cedric said.
The first time the Data factory was called in by Bekaert it was to repair a Lenze drive, a job the company still does today. Prior to this the drives were replaced at a cost of $5000 each and a rate of one every four months, occasionally one every two months.
“Darius is able to repair them at a fraction of the cost,”Cedric said.
Cedric can even point to the day Darius became indispensable.
“We had a dying machine go down. The drive had failed and it contained a lot of information needed to run specific pumps etc. We were in a lot of trouble. We could have bought a new drive but the original machine manufacturer had gone out of business and we would have had to redesign the whole system. It would have taken weeks or even months, starting from scratch at a cost of more than $25,000 not to mention the cost of lost production.
“We sent the drive to Data Factory and a week later it was back in operation. Darius had also been able to retrieve all of the data so we were extremely lucky.”
Recently a failure in the company’s warped threatened to drag production to a halt as the warped manufactures the weave beans that hold the yarn at the heart of the manufacturing process. Service personnel called in in the first instance spent two days fruitlessly searching for the problem. 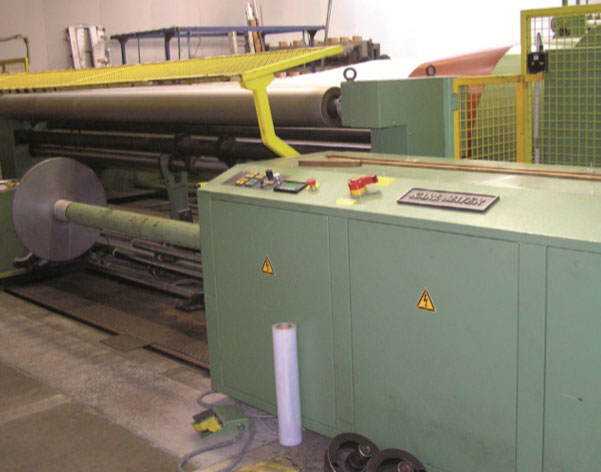 Once called in, a Data Factory technician took just two hours to trace the problem to a faulty electronic board that would cost $20,000 to replace and, like most equipment in the factory, had to be sourced from Germany, a process that would take a week.
Cedric said that the fact the majority of his equipment had been sourced from Germany means that if a part fails in the morning he loses a half day waiting for time zones so he can contact Germany and start the parts sourcing process.
“With Data Factory, if the part is fixable they can usually have it repaired or the process underway before Germany comes on line.
“When they say they can fix it, they deliver. We’ve had only good dealings with them and they’ve never let us down.
“We’ve dealt with other people in the past who say ‘I can fix it, I can fix it, give me one more day, give me one more day’ and then in the end they say that they can’t fix it.
When Darius says he can fix it he delivers. I can trust in his opinion and in the direction that he takes,”Cedric said.
For Bekaert, a lean and efficient just in time manufacturer, the Data Factory relationship has another plus, reducing the need to overstock on spares to eliminate the delivery delays ex-Germany.
“By using the Data factory we have been able to reduce our stock levels of electronic boards significantly which also represents a saving on capital.
“We’re n ot dealing with Darius because he’s a nice man. We deal with him because he’s saving us money.
“I’ve been at Bekaert in one capacity or another since 1992 and this Production Manager’s role that I’ve had for five years is a bit like a marriage... there are some good days and some not so good days. 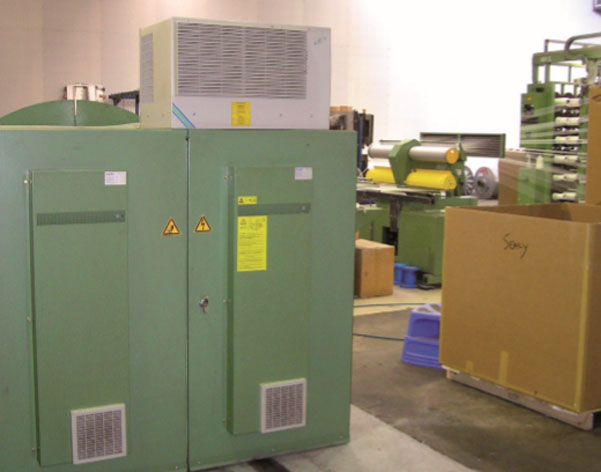 “But the key to the job is a network of trustworthy suppliers like Darius, people that you can ring up and tell them which machine is playing up and know that they have such a depth of knowledge of your factory, equipment and processes that they’ll alrady be thinking through the problem while they are en-route.

“And I’ve got to take my hat off to Darius. Any time of the day or night I call him, he’s available and he doesn’t knock off at five oclock, but stays on with us until the problem’s solved,”
Cedric added.